That strange, tangy beverage with the funny name has become a buzzword among health foods. But is kombucha actually good for you? Read on to learn more about possible kombucha benefits – in a nutshell and in detail.

Kombucha Benefits In a Nutshell

Kombucha (pronounced “kom-BOO-cha”) is a fizzy, fermented drink made from tea and live culture. Although probiotic drinks like kombucha are thought to promote healthy digestion, research corroborating such claims has been scant. Other benefits include antioxidants from tea, though small amounts of sugar and caffeine are also present. Kombucha may or may not be really good for you, but for most people, it certainly won’t hurt. It makes a delicious substitute for soda or alcoholic beverages.

Consisting of just four ingredients, kombucha is a simple drink with a complex makeup. Each brew requires water, tea (either black or green, or both) sugar, and, most importantly, a mushroom-like SCOBY (a symbiotic colony of bacteria and yeast).

The recipe is even simpler: to make kombucha, brew sweetened tea, add the “scoby” (and backslop, if you have it), and leave it at room temperature for a couple weeks.

The scoby is the living force behind the kombucha drink. It floats atop the brew and keeps out oxygen, filtering in good bacteria and promoting healthy fermentation. Because it’s alive, technically speaking, the scoby grows a new layer after each brew. Its growth fluctuates based on the presence of sugar, the temperature of its environment, and the pH balance of the brew.

A Crash Course in Fermentation

These brewing conditions are important, because what’s at work here is a process we call fermentation. More than just “spoiling,” fermentation is the transformation of food by bacteria, yeast, or other microorganisms, typically through the breakdown of sugars.

Many other foods employ fermentation to alter taste, kill off harmful bacteria, and promote digestive health. For instance, yogurt, kefir, kimchi, and vinegar all rely on the fermentation process to convert the sugar in various fruits, vegetables, and dairy into beneficial bacteria.

What makes fermentation beneficial? Eating fermented foods is kind of like eating pre-digested foods. If a food is fermented, then it has undergone a partial breaking down of sugars and amino acids, jumpstarting digestion.

Obviously, not all fermentation is beneficial, particularly if harmful bacteria, rot, and mold have had a go at it. But a controlled fermentation process, like kombucha brewing, creates a microbial environment where good bacteria thrive at the exclusion of bad bacteria.

Too much information? If you aren’t disgusted by the idea of drinking bacteria, that’s probably because you know the body contains trillions of bacteria. The most prolific single-celled organisms in nearly all of life, bacteria play an enormously important role in digestive health. For example, research shows that taking probiotics promotes a healthy gut, while taking antibiotics for too long can allow harmful bacteria to go unchecked.

So how do you know if the bacteria in kombucha are probiotic – the good kind?

Common to all kombucha are gluconic acid, fructose, and acetic acid – a probiotic with near-antiseptic qualities for killing off bad bacteria. The lactic acid prevalent in most kombucha brews similarly staves off harmful microorganisms, giving your gut a one-two punch of beneficial bacteria.

What are some other Kombucha Benefits?

Besides the presence of probiotics, kombucha is a rich source of polyphenols – antioxidants which protect body tissue from stress and harmful pathogens. These benefits are due entirely from the tea, however, so if you’d rather skip the fermentation factor, just sip a cup of Darjeeling.

Your store-bought, kombucha cocktail might also include various fruit juices, resulting in an antioxidant blend of vitamins A, C, and E.

The Tradeoff: Downsides of Kombucha

These kombucha benefits are all well and good, but there is a tradeoff. Four, actually.

Ugh, the downfall of all sweet drinks, sugar is a primary ingredient in kombucha. Without it, the scoby starves and fermentation falters. That being said, the large quantity of sugar used for a kombucha brew is significantly reduced once the scoby has had its way, leaving up to 8 grams of sugar per serving. Just be aware that some brands filter kombucha with juice and other flavors, adding sugar – natural or not – to the overall ingredient list.

Not a lot, but for those who are caffeine-sensitive, it’s worth minding. Black tea typically packs up to 100mg of caffeine per ounce, while green tea contains 35mg on average. Because tea is a necessary ingredient for kombucha, it’s hard to get around this. However, just like sugar, the scoby loves caffeine and will consume about 2/3rds of it over the course of the brew. It’s possible if you brew it yourself, you can try various methods for reducing or even eliminating the presence of caffeine in kombucha. However, starving the scoby usually results in diminished probiotic benefits, so it’s unclear whether this is a good solution.

Unlike sugar and caffeine, the alcohol content of a kombucha brew increases with the fermentation process. Although you needn’t worry about store-bought kombucha (which contains less than .05% alcohol as a regulated, nonalcoholic beverage), homebrewed kombucha can have much more, up to 3% (nearly a beer).

4). Health drinks are not tested by the FDA.

Although it’s entirely possible that most of the purported health benefits you read on the internet about kombucha are true, research supporting these claims is scant. Herbal remedies, supplements, and probiotics are not given much priority in scientific research. Plus, the ever-changing nature of kombucha’s microbiota makes a controlled study nearly impossible to replicate.

Is it dangerous to drink kombucha?

So long as the kombucha you’re drinking is store-bought or brewed in a clean, mold-free environment, it’s perfectly safe to drink. However, there are some side effects to consider.

A sudden onslaught of probiotics into your digestive system could result in a few days of gastrointestinal discomfort and gas. To minimize these effects, start with a small amount of kombucha: 2 ounces per day. You can even dilute it with sparkling water to aid digestion.

Due to the presence of live bacteria, kombucha might be dangerous for anyone with a compromised immunity, HIV or AIDS, liver disease, or pregnancy.

Drinking too much kombucha could lead to adverse side effects from excess consumption of caffeine and sugar. Stick to 4-6 ounces per day. If it’s the good stuff (and not a juiced-down cocktail from the store), a little will go a long way.

There’s no doubt that kombucha has enjoyed a bit of a health craze over the last twenty years or so, cropping up in farmer’s markets, health stores, grocery stores and even gas stations. Because of the trendiness of this beverage, it tends to be expensive.

If you plan to drink it regularly, you can save a lot of money by brewing the kombucha yourself. It requires very little equipment, and the hardest ingredient to nail down is the scoby itself, available online or from friends and neighbors who brew it themselves. Like a sourdough starter (also a fermentation process!) the scoby propagates itself each time you brew it, so this one-time purchase could last you several years.

Instructions for making kombucha are all over the internet and vary widely. Perhaps one of the reasons so many people like to do it themselves is the dynamic nature of a living organism. Brewing kombucha at home is kind of like keeping a pet that makes you a drink every fortnight.

If you can’t make your own (or would rather not experiment with bacteria in your kitchen), there are countless brand-name options to try. Perhaps one of the most widespread brands is Brew Dr. Besides yummy flavors like Ginger Lemon and Island Mango, Brew Dr. sells a CBD-infused kombucha and an extra-caffeinated, Yerba Mate kombucha.

For a less-mainstream, microbrew experience, New York’s darragh studio sells small-batch kombucha out of their store in Millerton, with tea from nearby Harney and Sons beautifully featured in each blend. At 1.3% ABV, their alcoholic kombucha has a more homebrewed taste than most store-bought varieties.

Below are some short answers to frequently asked kombucha questions:

Health crazes such as kombucha have benefits besides what they claim. If you’re interested in drinking kombucha for its health benefits, that means you care about your health – and that’s always a good thing! Just be fully aware of the tradeoffs behind any purported “health” food and take the opportunity to research what science says (not what the seller says) before trying something new.

In sum, the kombucha benefits you’ve heard about are mostly real, but it’s unclear how strong of an effect they’ll have. Either way, kombucha is delicious, and if nothing else, it makes a great daily pick-me-up!

For more health tips from sleeping to sitting to stretching, check out other resources on the blog!

This article was written by Naomi Benecasa, a cellist with a Bachelor’s in Music Performance and a Master’s in Music Psychology. Fascinated by fitness and fermentation, she provides copywriting and editing services for PTProgress from her home in New York. 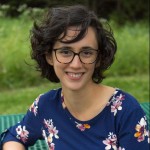 Naomi Lisowski is a cellist with a Bachelor’s in Music Performance and a Master’s in Music Psychology. Fascinated by fitness and fermentation, she provides copywriting and editing services for PTProgress from her home in New York.