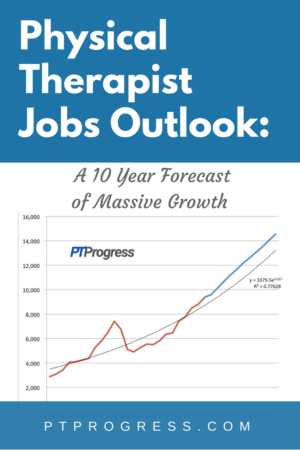 According to CAPTE, new PT graduates are expected to reach record highs of 10,600+ in 2018. This number continues to trend upward.

With an average 10,000 new Physical Therapists graduating from PT programs across the country each year, the PT job market becomes a little more competitive each year.

Demand for Physical Therapists is Increasing, Great. Is It Enough?

There’s no doubt that the population is getting older, and over 10,000 baby boomers are retiring every day.  That’s a lot of potential business for those in Physical Therapy.  With the aging population, there’s no question that we can expect to see an upswing in procedures such as total knee replacements and rotator cuff repairs. Not to mention the need for rehab professionals who specialize in helping patients who suffer from a stroke.

But Will the Supply of PTs Exceed the Demand?

In 1981, there were 2,888 graduates entering the field of Physical therapy.

Are we really pumping out that many more Physical Therapists? If there are 233,000 PTs now, how many will there be in 10 years?

I decided to run a few numbers based on some data I found on the CAPTE website.

I entered the total number of PT graduates from 1981 to 2015 based on the CAPTE data.  From this, I was able to forecast out the next 10 years of graduates based on the previous 10 years of growth we’ve seen from PT schools.  (CAPTE had previously only predicted out 4 years, which aligned very closely to the first 4 years in my projection.)

As you can see, the number of PT graduates projected to graduate in 2026 is estimated to reach 14,500 students.  That’s a 54% increase in graduates compared to what we saw in 2015. 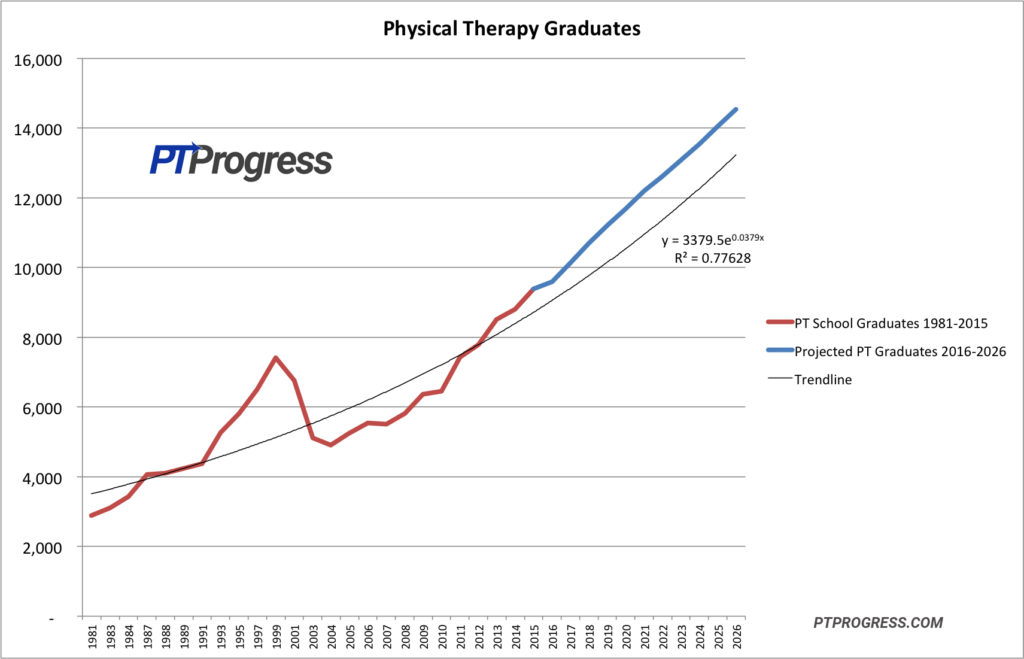 When we add up the projected graduates from 2016 to 2026, the total graduates for this period is equal to 133,354 NEW Physical Therapists.

(*This figure accounts for a possible 37,000 retiring PTs. See below)

But What About Retiring Physical Therapists?

What about all the PTs who are retiring in the next 10 years?  Will the numbers balance out?

Staying Ahead of The Curve

With this massive change coming to the Physical Therapy landscape, it’s more important than ever to set yourself apart from the sea of therapists.

Yes, there will still be a need for Physical Therapists to treat in the traditional sense. But I hope you can see the necessity for PTs to seriously consider expanding into other areas outside of the clinic.